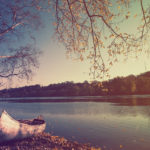 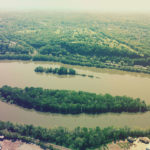 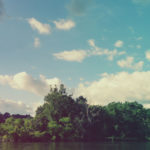 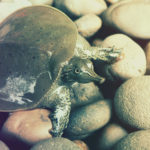 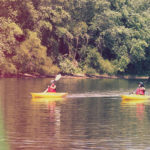 Sycamore Island is a 14-acre, ever-changing island located on the Allegheny River between Blawnox and Verona nine miles from the Point in Point State Park. It is of a rare few undeveloped, forested islands open to the public on the Allegheny River. The island’s floodplain hardwood forest is recognized as among the rarest plant communities of its type, both regionally and globally. Conservation of Sycamore Island creates a unique opportunity for the public to visit and experience a wild, natural island within an urban county. A detailed Management Plan was completed for the property in 2009.  The plan seeks to strike a balance between the development of an ecologically and physically sustainable conservation area that serves the needs of the islands users while preserving the sense of place and protecting sensitive habitats.  Additionally, the island can be used as a demonstration site for education about invasive species removal and water quality improvements along rivers, creating a special model for future study.

The island is accessible by boat only.

On January 28, 2008, Allegheny Land Trust acquired Sycamore Island with Colcom Foundation providing full funding for its conservation. Before the island was protected by ALT, the island had periodic interludes of recognition and appreciation by humans as a natural refuge. In 1936, both Sycamore Island and Nine Mile Island were leased from the Pennsylvania Railroad by the Audubon Society of Western Pennsylvania, making these islands the first bird sanctuaries in the Pittsburgh region. The Harbor Isle Boat Club was in existence on the island during the late 1960s, but were later abandoned leaving behind several significant features; including a barge that remains embedded in the sand at the island’s southern tip, a partially installed swimming pool, docking platform, and a series of offshore pilings in the back channel.

During the last century, development and industrialization of the watershed contributed to changes in the island’s configuration and topography, due in part to dredge spoiling and increased sedimentation from development. Because of these changes and the island’s position in the river, its area has more than doubled from just over 6 acres in 1809 to over 14 acres today. More recent impacts to the Island’s ecology include the effects of invasive species and climate change. All of these stressors must be considered and addressed in long-term management efforts.

The Pennsylvania Natural Diversity Index (PNDI) classifies floodplain forest as imperiled in the state, and Sycamore Island has a ranking of “high significance” within the Allegheny River Biological Diversity Area (BDA) Natural Heritage Area. The ecological and cultural significance of Sycamore Island is well known. Previous studies such as the 3 Rivers 2nd Nature Report conducted by Carnegie Mellon University characterizing riverbank vegetation in the Allegheny and Monongahela Rivers have described the ecological resources and conservation value of Sycamore Island (3Rivers 2nd Nature, 2002).

A communication system for volunteers and stewards. Contact stewardship@alleghenylandtrust.org to be added to this group.

Join John Powell on this virtual tour of Sycamore Island.